When people think of coconut oil, they think of cooking oil or as a hair and facial moisturizer. But did you know that this ubiquitous oil has some surprising uses too? Using fractionated coconut oil as lube is gaining popularity. And why not? Coconut oil is moisturizing, slick, slippery, and is an all-natural product. But is coconut oil the best oil for sex? Is it safe to use as a lubricant?

Types of Lubricants for Sex

Many find using lubricants essential for sex. During arousal, a woman’s vagina naturally becomes lubricated, but it can take the body a while to produce lubrication. There may be situations and reasons (medications, menopause, etc.) why a woman does not produce enough lubrication. In cases like these, lubricants are a must-have. There are four types of commercial lubricants available.

According to Livestrong, unrefined coconut oil, sometimes called virgin coconut oil, is extracted using either a quick-dry method or wet-mill process. In quick-drying, the coconut meat is dried, and the oil is pressed out of the coconut flesh. Wet milling undergoes a much more rigorous process of boiling, straining, fermenting, and running the coconut milk through a centrifuge to extract the oil. Both methods do not require additives or further processing, so they retain the coconut scent and flavor.

With regards to using fractionated coconut oil as lube, there are those who advocate for its use and those who are strongly against coconut oil for sex.

In an interview with Health Magazine, Florida-based ob-gyn and chief medical officer at BodyLogicMD, Dr. Jennifer Landa said, “One of my favorite natural lubricants is extra virgin coconut oil,” She adds, “It is moisturizing and lubricating and doesn’t ball up like a lot of lubes you can buy.”

Unlike silicone and water-based lubes, the consistency of coconut oil is thicker, and it’s longer-lasting compared to other types of lubes. Plus, it won’t get clumpy on you.

Still, there are those that would argue over its safety. According to Healthline, “Coconut oil has a high pH, making it alkaline, while the normal pH of the vagina is acidic. These properties can disrupt the natural pH balance of your vagina. This upset can cause yeast infections or other vaginal infections,”

However, according to Planned Parenthood, there’s currently no research done to determine if using coconut oil as lube will lead to infections. They recommend that if you try it, that you make sure there aren’t things added to the oils like sugars, which could potentially cause yeast and other vaginal infections.

If you do decide to try using coconut oil as lube, ask your doctor or a health professional about it first.

Even if you are using a lubricated condom, you will still need lube. Unfortunately, condoms and coconut oil are totally incompatible.

Planned Parenthood warns about the use of coconut oil with condoms. Coconut oil or any oil-based lubricant for that matter should never be used with condoms. Oil-based lubes can damage the material or latex that the condom is made out of and could lead to breakage. So for condoms, stick to water-based or silicone-based lubes, they’re the safer option. 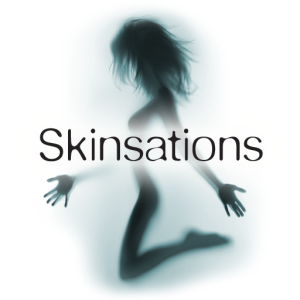 © 2021 All rights reserved. | Skinsations® is a Registered Trademark of Brand Clarity, LLC